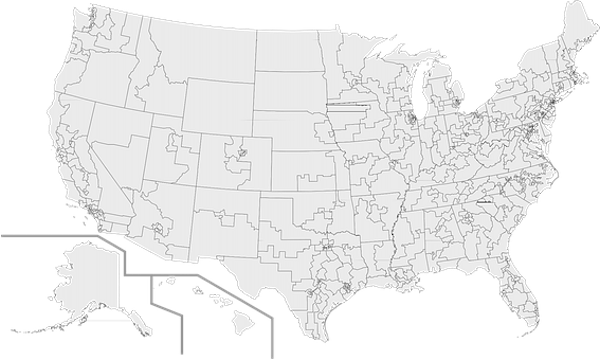 Most of us have received newly assigned congressional districts since the United States completed its 2020 census. We may find that we have been redistricted, or the shape of our district has changed to include new areas.

Gerrymandering: The practice of redrawing electoral districts to gain an electoral advantage for a political party. This practice dates back as far as 1812 in this country. The dominant party in a state legislature draws the congressional districts.

The term “gerrymandering” is a combination of Massachusetts Governor Eldridge Gerry’s last name and a salamander. For a great illustration, look up Gilbert Stuart’s gerrymandering cartoon. You’ll see what I mean. 🙂

My district is so oddly shaped even an Etch-A-Sketch couldn’t draw it. I am grouped in a district with another city over 2 hours away, where my new representative lives. True, my state lost population, but having a representative who lives so far away with so little commonality between our two areas is strange. It makes it seem like I am no longer represented. Each city has its own commerce, needs, terrain, interests, etc. A huge farming community has different needs than a city with a big city crime problem (my city). Which House committee assignment will my representative get? -Probably one that fits the town’s needs where he lives, or he will retain the committee assignment he already has.

If the 200 plus-year-old practice of gerrymandering were to end, what new procedure would replace it? Could entire elect_ion laws be changed, taking control of elections from the states and making elections uniformly national? (This would involve changing the U.S. Constitution). One scan of gerrymandering’s history, you will see that it doesn’t always turn out like the “designers” planned.

We the People need to replace incumbents where necessary and actively seek to have congressional representation that meets our local and state needs. If we don’t take an active interest, others will do it for us and not necessarily to our advantage.