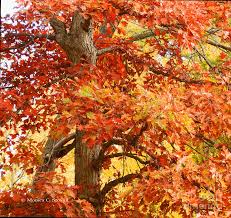 Americans have every reason to count their blessings this Thanksgiving. I know, I know. We feel like we’re at odds with each other, and nothing is getting done. There must be something to be grateful for, as 96% of Americans are celebrating the Thanksgiving holiday this year. More than 70% of us will gather at tables with 5+ people in attendance.

Americans have a history of being thankful as a nation. After British General John Burgoyne surrendered to us Americans, the Continental Congress thought it would be good to set aside a day of Thanksgiving. General George Washington agreed. He proclaimed December 18, 1777, as a national day to give thanks.

As I learned this, I thought of those caravans, especially the women and children, who were traveling through the southern border. Today, there is an improvement. These people are being appropriately directed as they walk, long before they endure a harrowing 2000 mile journey to the border. Their petitions are heard. They are being given the proper channels and a legal path to citizenship with provisions much safer than spending their life savings with coyotes or being housed in overcrowded and medically unsafe conditions at our southern border. I am thankful for the partnership of Guatemala and Mexico in this endeavor.

The now POTUS 1, George Washington, proclaimed November 26, 1789, as a national day of Thanksgiving. He wanted to recognize the hand of Providence in establishing the United States and our U.S. Constitution. For his part, Washington gave beer and food to imprisoned debtors in his city.

I was thinking about how thankful I am for the opportunity to teach the U.S. Constitution in my home and in other venues. While some consider this founding document to be old-fashioned, I say, “Don’t knock it ’till you’ve read it.” Also, I’m thankful for a country where there is freedom to worship, including the right to view and/or wear religious symbols and to pray publicly. I can acknowledge my Creator. For this, I am grateful.

There were other proclamations of Thanksgiving issued by Presidents Washington, Adams, and Madison. Finally, during the Civil War in 1863, President Abraham Lincoln initiated the regular practice of Thanksgiving.

I’m so thankful for the service of our American military forces. They are the finest on the planet! This year I’m grateful for their work to take down ISIS leader Abu Bakr al-Baghdadi. And who can forget our own special forces hero dog named Conan?

Yes, Americans have a tradition of being thankful. As you count your blessings, know that you follow in the historical line of your forefathers and fellow Americans in practicing an attitude of gratitude.