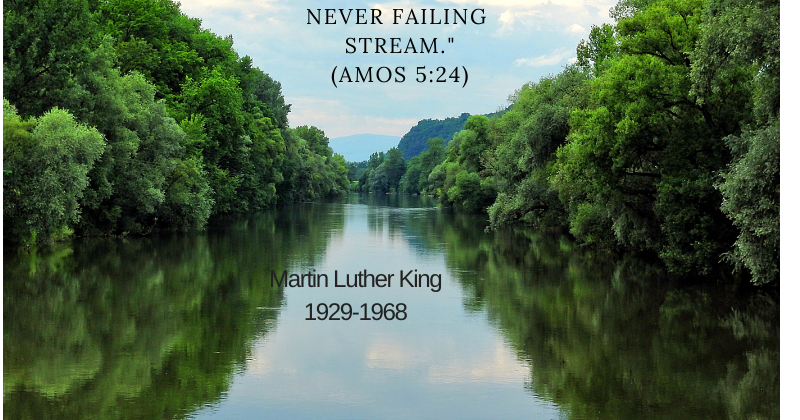 Do you have a favorite quote or remembrance of Dr. Martin Luther King? I have several, one being Amos 5:24, which is in the photo that accompanies this post.

I recall the peaceful protests that Dr. King led. His mission in life became the headlines on the nightly news. His pastoral demeanor, his resolute posture, and his quest for civil rights not only for himself but for his people were exemplary. These ways of common sense civics and citizenship in action spoke volumes.

If you want to get a real sense of what Dr. King’s mission was and why he did what he did, read his “Letter from Birmingham Jail.” Have you ever listened to Dr. King’s “I Have a Dream” speech in total? You will learn much from spending a few minutes listening to the full address rather than small clips.

As a result of Dr. King’s dignified approach to leading people, he showed us how it’s done. It is very worthwhile to take a look at some of his work. You will be richer for the experience.

This is Common Sense Civics and Citizenship. ??