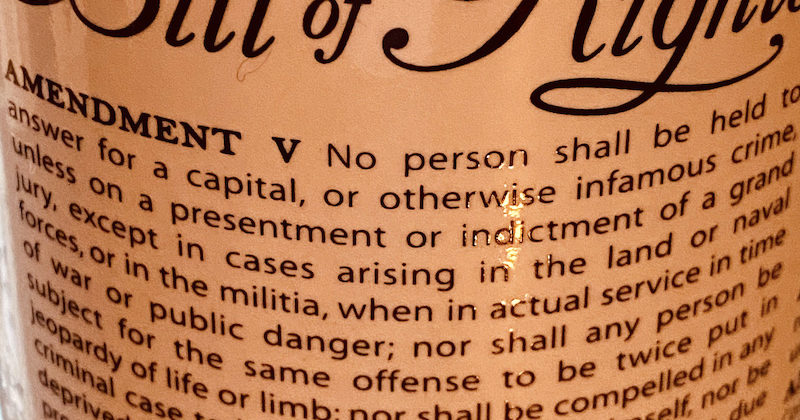 Do you know what rights are guaranteed to you as a U.S citizen? Conduct an impromptu survey, and you will find that many Americans do not know that:

-the Bill of Rights is a part of the Constitution, not a separate document

-our rights are God-given, not gov’t.-granted

-the five freedoms contained in the First Amendment

Let’s do a quick overview of the Bill of Rights to see what’s inside. Refresh your memory, or learn your rights for the first time.

Congress cannot force you to attend or pay taxes for a national religious denomination. You can speak freely (no slander, libel, certain obscenities, threats/fighting words, etc. Common sense boundaries apply). The press has the same freedoms you do. You have the right to assemble peaceably and petition your government for a redress of grievances.

The Second Amendment guarantees your individual right to keep and bear arms. (If it were a collective right only, it would not belong in our Bill of Rights for individuals).

The Third Amendment guarantees your right to decide who stays in your home in peace or wartime. You cannot be forced to house the military in your private domain without your consent.

The Fourth Amendment protects you from unreasonable search and seizure. “Reasonable” means you must be presented with a warrant supported by probable cause and authorized legally by a neutral and detached magistrate, noting the place to be searched and the persons or things to be seized. Specific bona fide emergencies preclude the need for a warrant.

The Fifth Amendment gives you personal and property rights. You cannot be tried twice for the same crime in the same jurisdiction. You cannot be held to answer for a capital or infamous crime unless a grand jury issues an indictment. You can’t be made to testify against yourself or be deprived of life, liberty, or property without due process of law. The gov’t. cannot take your private property for public use without just compensation.

The Sixth Amendment guarantees rights to criminal defendants. You have the right to a speedy trial and an impartial jury in the state and district where the crime was committed. You must be informed of the nature and causes of the accusations. In addition, you must be presented with the witnesses against you and have access to witnesses in your favor. You will be given a defense attorney if you don’t have one.

The Seventh Amendment addresses civil cases where the controversy involves more than twenty dollars. Common law rules apply, including the right to a jury trial.

The Eighth Amendment says that you cannot be charged excessive bail or be subject to cruel and unusual punishment.

The Ninth Amendment says that you still have certain rights even when a specific right isn’t spelled out in the Constitution. The gov’t. cannot take away rights that are there or create new ones that aren’t there.

The Tenth Amendment says that rights not delegated to the federal government in the Constitution belong to the States or to the People.

The Bill of Rights exists to protect our individual liberties. In light of the world’s situation, I hope you can see how valuable the Bill of Rights is to We the People. Knowing your freedoms is the first step to defending them. We indeed are the last, best hope on earth at this point in history. Without us, there is no free world.