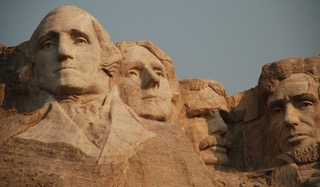 Issue #1: Al-Baghdadi is dead. The question at hand is why President Trump did not consult or notify Congressional leadership before he gave the “go” for the demise of this most wanted terrorist. You’ve heard it said that “Loose lips sink ships.” Americans have learned that there are plenty of “loose lips” on Capitol Hill. I believe common sense prevailed as the lives of our special forces were not  put at additional risk through possible leaks of the operation.

It is a common axiom of the news media: “If it bleeds, it leads.” Getting the scoop on a major operation like this would heighten the profile of a reporter but could cause the mission to fail. Special ops is not a walk in the park. They have a job to do on behalf of the American people. Common sense dictates that we make sure the military can do it in the best way possible with the least amount of interference.

Issue #2: Is there or is there not an impeachment going on? There is no impeachment without a vote. As of this writing, the House of Representatvies is set to vote on a Resolution that sets the rules for the impeachment inquiry. Such rules include decisions on what constitutes a fair proceeding with witnesses, legal representation for the President, and due process of law.

-Resolution- if it passes, then

-Vote for/against impeachment inquiry- if it passes, then

-Vote to impeach- if it passes, the President is impeached but proceedings now move to the Senate for a trial.

Common sense citizens know that just because someone says an impeachment is going on, does not make it so. There is a process of rules in the House that must be followed. Until the above processes and votes take place, call it what you want but it is not an impeachment at this time.

Issue #3- Has Congresswoman Katie Hill been treated unfairly? The House has rules. When you are elected to the House, you are subject to those rules. One of those rules is that sexual liaisons between an elected official and a staffer or a subordinate, whether in a couple, throuple, or any other arrangement, are not permitted. If it is discovered, you as a public figure will have to answer for your actions.  Rep. Hill is new on the Hill. There’s a lot to learn. It is unfortunate that she had to learn this lesson in this way, no matter who brought her actions to light.

We are wading through some difficult topics this week. It’s important to discuss these issues with a mind to the rule of law, not the court of public opinion or emotions. We discuss issues like this over on our Facebook page. Join us by clicking on the red box (on the home page) titled, “Join the discussion.”