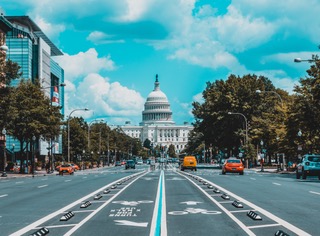 Do you want a centralized government where the federal government has the power and most of the control? Or do you prefer a national government with a constitution that divides federal power with regional entities (like states)? Think about it carefully.

What Are the Arguments?

The argument for a centralized authority sounds something like this:

We need a national ban on guns, fossil fuels, etc., to protect us from fellow citizens.

The government needs to protect the food supply by restricting births.

We will die unless the administration does _________ to protect us.

The government needs to make all education free for everyone.

The world will crumble unless somebody does something now!

The argument for a decentralized government sounds like this:

Citizens are free to do what is best for their families as long as their choice is in line with the Constitution and state and local laws.

The sheriff stands between the citizen and federal power as a protection from an overreaching national government.

Life is full of challenges. We expect the best but prepare for the worst.

While one way of governing is based on fear, the other is based on personal responsibility.

Our Founders set up the Constitution as a decentralized form of government called a constitutional representative republic. But some have not been taught the Constitution (civics) or its original intent (history). They want federal power to be unlimited. Why?

Given these points, I suggest that those who favor a centralized government want all the power. They do not trust that everyday people can actually run their own lives. Have you ever met a person (maybe a boss?) who doesn’t trust you to get the job done, so their hands-on management style is “all over you?”

Contrast that with a boss who lets you and your creativity address problems and find solutions. Such a boss only interferes with the flow of progress when necessary or as needed. That’s how our federal government is supposed to run. Let local government entities (city, county, state) solve their issues. Only come in to help when asked.

Where Do We See Progress?

But where have you seen the most progress? In centralized governments like Russia, China, Venezuela, Peru, or other look-a-likes? Or in a decentralized one like the United States is designed to be? I would argue that the freer the government, the more real progress occurs.

What is your preference? Centralized or decentralized government? Why?