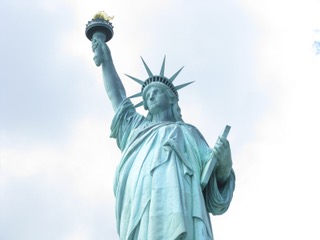 A question I get asked a lot is why different states have different rules. Like, why does Florida do things one way and California operate differently? Why is CC licensing easier in Utah than in Illinois? Why aren’t the vote-ing systems precisely the same in all 50 states?

Your state and our nation operate with two levels of government. Think of our national government as a huge pavilion with a vast overhang umbrella. The federal government (the overhang) has 50 tables under it. Each of those 50 tables (or states) has its own umbrella with its own shape and size. The managers (federal elected officials) in charge of the huge overhang umbrella decide when the umbrella needs maintenance, hours of operation, etc. They got their jobs from their bosses (voters) sitting at the 50 tables. As for the 50 tables, those people have rules and regulations for their own groups. Some have fewer people at their table, and others have many more. They appoint sub-managers to oversee the day-to-day business at those tables.

The point is, there are two systems of operation at work. The overhang managers handle the larger issues, just like our federal government does. The tables address matters of concern for their group, just like individual states do. The voters decide if the managers (federal level) at the larger and smaller levels (state level) keep their jobs.

Under the 10th Amendment, the states or We the People are sovereign over all powers not granted to the federal government. It reads like this:

“The powers not delegated to the United States by the Constitution, nor prohibited by it to the States, are reserved to the States respectively, or to the people.”

So, your state government has sovereignty over all powers not granted to the federal government. The powers that the state government does not have are reserved to We the People. That’s why what is going on in one state may be very different from what is happening in another.

My state had very tight rules and restrictions last year. We took a little drive over to a neighboring state every so often to breathe freer air. Of course, we observed all of their precautions. Still, you don’t know what you’ve got until it’s gone. Now, if our country is no longer free, where will we go?

America is still the last, best hope on earth. It’s up to us to keep it that way. Start local, then state, then federal. That overhang umbrella won’t last long without the support of the 50 tables.